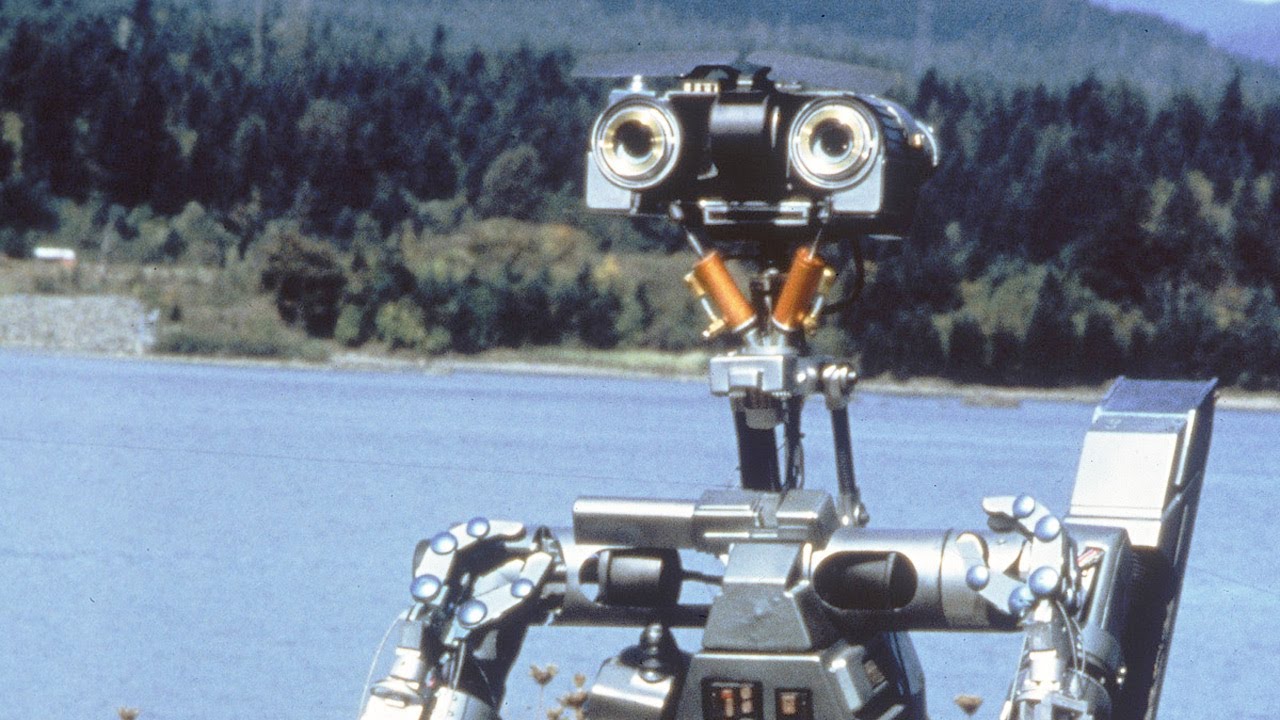 One of my childhood favourite movies must be “Short Circuit” from 1986 (IMDB). During a military demonstration of a group of weaponised robots, lightning strikes “Number 5” causing its circuitry to go haywire, giving way to MalFunCtioNs in the system. The robot starts skip its instructions when it is told to go back inside the laboratory where it was built. An other passing robot sparks a form of curiosity in the subsystems of Number 5, and it starts following a trail of interesting “inputs” leading the weapon offsite and into the world.

“MalFunCtioN, NeEd iNPut” reads the statusscreen when the armyguys start missing the robot, and a robot-hunt begins.

Last month I had the absolute joy of sharing this movie with my son, who is almost 9 years old. Once a week we have this father-son movienight. We’ve seen quite a lot of movies, but I can’t remember him laughing so full-heartedly during a film. His absolute joy and laughter sparked the same child-like joy-and laughter in me, and the memory of these moments light up my heart when I write this down.

Without spoiling all about the movie, this also turns out to be the ‘point’ at the end of the movie. Being alive means being able to feel joy and laugh together. Forgetting joy and laughter turns us into robots.

Reminded of my 9 year old self, and reflecting on my adult programming, now I’m becoming more aware of these patterns. Also, I’m able to break it, just by doing the joyfull things more often, and before some unjoyfull thing. Feeling alive, and Human After All.